Will Sweet is Treasurer (2022-23) of the CCSR, the Director of the Centre for Philosophy, Theology, and Cultural Traditions, and Member of the Advising Faculty in Catholic Studies at St. Francis Xavier University, Antigonish, NS. He studied theology at the Centre Sèvres (Faculté de théologie de la Compagnie de Jésus, Paris), l’Université Saint-Paul (D.Ph), and the University of South Africa (D.Th.); political science at the Université Paris 1-Sorbonne (with Luc Ferry); and philosophy at l’Université d’Ottawa (Ph.D) and the Humboldt-Universität zu Berlin.

Professor Sweet has lectured on 6 continents, and has taught as a Visiting Professor at universities in Asia and Europe, including Renmin University in China, the Catholic University of Lublin (Poland), Soochow University and Fu Jen University in Taiwan, and the Dharmaram Vidya Kshetram (the Pontifical Athenaeum of Philosophy, Theology and Canon Law) in Bangalore, India.

He has published extensively in theology, religious studies, and philosophy, particularly in cross-cultural philosophy of religion, Indian and British idealisms, Asian Christianities, the philosophy of law, bioethics, and human rights. He is editor of the journal Philosophy, Culture, and Traditions and the author and/or editor of some 30 books. Professor Sweet is also the translator and editor of Jacques Maritain’s posthumously published Lectures on Natural Law.

Richard Ascough is a Professor in the School of Religion at Queen’s University at Kingston. His research focuses on the formation early Christ groups and Greco-Roman religious culture, with particular attention to various types of associations. He has published widely in the field with more than forty articles and essays and ten books, including Associations in the Greco-Roman World (with John Kloppenborg and Philip Harland, 2012) and 1 and 2 Thessalonians: Encountering the Christ Group at Thessalonike (2014). He has been recognized for his innovative and effective teaching in a number of ways, including the 3M National Teaching Fellowship in 2018.

Diana Dimitrova is Professor of Hinduism and South Asian religions at the University of Montreal. She obtained her Ph.D. in Modern and Classical South Asian Studies, and English philology at the University of Heidelberg in Germany. Prior to joining the University of Montreal, she held several academic positions in the United States, Canada and Germany. She is the author of Hinduism and Hindi Theatre (Palgrave Macmillan, 2016); Gender, Religion and Modern Hindu Drama (McGill-Queen’s University Press, 2008; and Western Tradition and Naturalistic Hindi Theatre (Peter Lang, 2004).  She is also the editor of Divinizing in South Asian Traditions (Routledge, 2018, with Tatiana Oranskaia); Imagining ‘Indianness:’ Cultural Identity and Literature (Palgrave Macmillan, 2017; paperback 2019, with Thomas de Bruijn); The Other in South Asian Religions, Literatures and Film: Perspectives on Otherism and Otherness (Routledge, 2014; paperback 2017); and Religion, Literature and Film in South Asia (Palgrave Macmillan, 2010). Her current research interests deal with Hindu devotional and reform traditions, such as Radhasoami, body in South Asian religions, and Bollywood film.

Mark Leuchter (PhD, Univ. of Toronto, 2003) is Professor of Ancient Judaism and Hebrew Bible at Temple University in Philadelphia.  He has served as regional president of the Society of Biblical Literature (Mid-Atlantic Region) and currently serves as executive secretary for the Canadian Society of Biblical Studies.  His favorite band is Rush.

Sarah E. Rollens is a Visiting Assistant Professor of Religious Studies at Rhodes College. Prior to coming to Rhodes, she taught courses in Religious Studies at University of Toronto, University of North Carolina Wilmington, and University of Alabama. She received her PhD in the Study of Religion in 2013 from University of Toronto. Her dissertation, Framing Social Criticism in the Jesus Movement: The Ideological Project in the Sayings Gospel Q, was published in 2014 by Mohr Siebeck. Her current research project deals with violent imagery in early Christian texts. This research combines her broader interests in Christian origins, social theory, scribalism, identity formation, the ancient Mediterranean world, and the Synoptic gospels. Prof. Rollens has taught numerous courses in Religious Studies: Introduction to the New Testament; Introduction to Religious Studies; Historical Jesus; Jesus of Nazareth; Violence in Early Christianity; Religion and Identity in the Ancient Mediterranean World; Popular Culture/Public Humanities; Jesus in the Early Christian Writings; Early Christians Gospels; and Judaism, Christianity, and Islam. She is currently teaching The Bible: Texts and Contexts (Life) and The Search for Values in Light of Western History and Religion (Search).

Lauren’s doctoral research engages theories of environmental and ecological justice to explore cooperative environmental activism among religious, nonreligious, and Indigenous protestors in Canada.  She is also interested in environmental ethics and human-nonhuman animal relations, including the place of nonhuman animals in the sociological study of religion. Lauren is the Student Caucus Leader for the Nonreligion in a Complex Future project and an assistant editor for the Nonreligion and Secularity Research Network Blog.

Mona Tokarek LaFosse is the Assistant Professor of Christian Scriptures and Sacred Texts at Martin Luther University College (formerly Waterloo Lutheran Seminary), which is federated with Wilfrid Laurier University. She completed a PhD in the Department for the Study of Religion at the University of Toronto (2011) as well as an MA in Religion and Culture at Wilfrid Laurier University. Her research focuses on age structure, aging and gender, and intergenerational relationships in the ancient Mediterranean and in early Christianity—particularly in 1 Timothy and the Apostolic Fathers—using a social-scientific lens. Her teaching includes topics in the realm of Bible (obviously), exegesis, evil, age, apocalypticism, apocrypha, Koine Greek, and Jesus (of course). 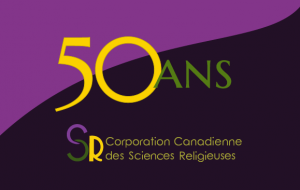