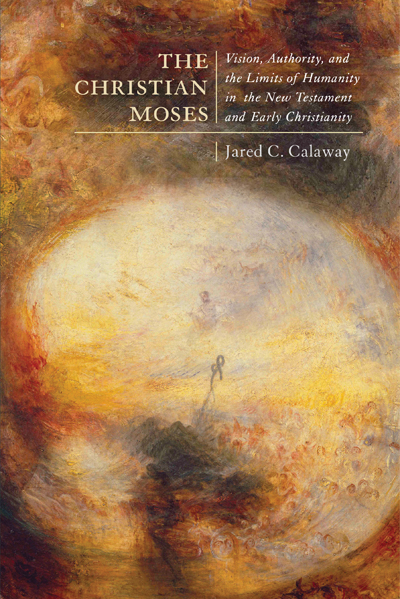 Two verses about Moses in the Bible have been the subject of debate since the first century. In Exodus 33:20, God tells Moses that no one can see God and live, but Numbers 12:8 says that Moses sees the form of the Lord. How does one reconcile these two opposing statements? Did Moses see God, and who gets to decide?

The Christian Moses investigates how ancient Christians from the New Testament to Augustine of Hippo resolved questions of who can see God, how one can see God, and what precisely one sees. Jared Calaway explains that the decision about whether and how Moses saw God was not a neutral exercise for an early Christian. Rather, it established the interpreter’s authority to determine what was possible in divine-human relations and set the parameters for the nature of humanity. As a result, Calaway argues, interpretations of Moses’ visions became a means for Jews and Christians to jockey for power, allowing them to justify particular social arrangements, relations, and identities, to assert the limits of humans in the face of divinity, and to create an Other.

Seeing early Christians with new eyes, The Christian Moses reassesses how debates on Moses’ visions from the first through the fifth centuries were, in reality, debates on the boundaries of humanity.

Studies in Christianity and judaism