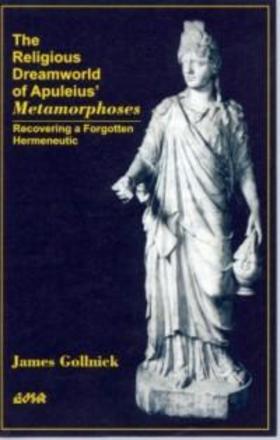 Apuleius’ Metamorphoses is probably best known as the literary source for the myth of Eros and Psyche and as a primary source of information about mystery religions in the ancient world.

There is another realm of the Metamorphoses which has, until now, received relatively little attention — namely, the many dreams found within it. The Religious Dreamworld of Apuleius’ Metamorphoses offers an engaging portrait of the second-century dreamworld. Recognizing the centrality of the religious function and spiritual interpretation of dreams, this book illustrates their vital importance in the ancient world and the wide variety of meanings attributed to them.

James Gollnick draws deeply from historical and psychological studies and provides a historical background on the current interest in the role of dreams in psychological and spiritual transformation.

This study of Apuleius’ Metamorphoses adds to an appreciation of Apuleius the dreamer and the second-century dreamworld in which he lived and wrote.