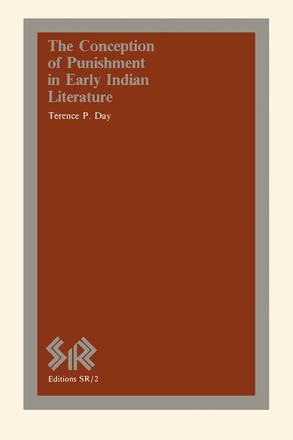 Early textual source of the vast body of Dharmasastra literature of India on religion, law, and morality contain numerous statements that present or imply an undefined conception of punishment. Yet nowhere is this conception formally defined, as if knowledge of its nature and structure were generally known.

In this “first-ever” attempt to provide a definition of the conception and to recover its ideational infrastructure, the author has drawn on these sources to reconstruct the theoretical backgrounds of its distinctive metaphysical, religious, juridical, social, and moral components. He shows that the conception is “the totality of correction principles, powers, agents, processes, and operations through which acts contrary to the Universal Order are counteracted and compensated. ”

The volume contains extensive documentation, a glossary of Sanskrit terms, a selected bibliography, and an index.