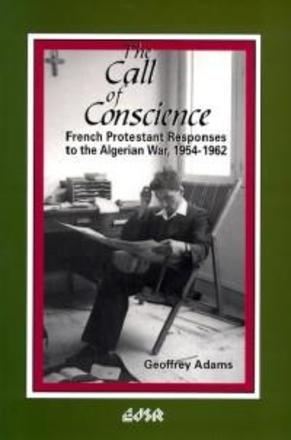 Initially, when the government in Paris responded with force to the November 1, 1954 insurrection of Algerian nationalists, French public opinion offered all but unanimous support. Then it was revealed that hundreds of thousands of Muslims were herded into resettlement camps in Algeria; that Algerians suspected of nationalist sympathies were imprisoned in France; that conscientious objectors were denied their rights; and that a resolution to the conflict, either by force or by peaceful methods, was not forthcoming. When it was proven that the army was guilty of abuses, members of the Protestant minority protested and then laboured to educate their own communities as well as the public at large to the moral and spiritual perils of these actions.

Based on painstaking research and solid scholarship, The Call of Conscience: French Protestant Responses to the Algeria War, 1954-1962 reveals a rich portrait of the protest.