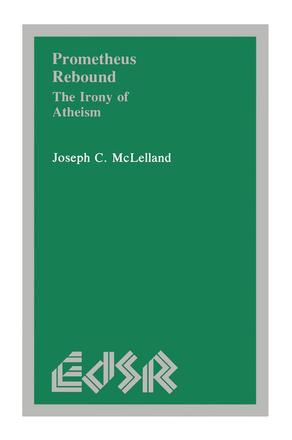 Modern atheism is a further act in the ancient drama of Prometheus vs Zeus. This book argues that the antagonism is false, as proved by the “irony”: in which atheism turns into antitheism, transferring divine qualities to Humanity. The drama is framed by the “classicla dilemma,” a conflict of wills: Tyrant and Rebel. The Unbinding of Prometheus is traced through Western history, to the Enlightenment “death of God,” both speculative (Hegel) and practical (Marx). Finally, four types of “idols” are examined, in which Prometheus is rebound: Freud’s Oedipus, Nietzsche’s Dionysus, Camus’ Sisyphus and Sartre’s Orestes. The revision of both theism and atheism demands re-casting Zeus and Prometheus, breaking the impasse of heteronomy/autonomy and omnipotence/free will. Only thus may we affirm Humanity without denying God.