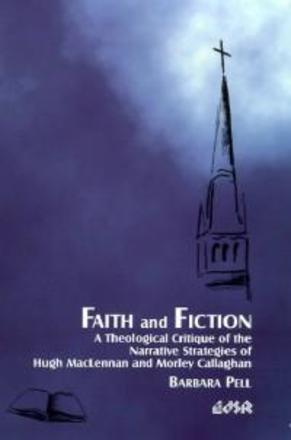 Is it possible to write an artistically respectable and theoretically convincing religious novel in a non-religious age?

Up to now, there has been no substantial application of theological criticism to the works of Hugh MacLennan and Morley Callaghan, the two most important Canadian novelists before 1960. Yet both were religious writers during the period when Canada entered the modern, non-religious era, and both greatly influenced the development of our literature. MacLennan’s journey from Calvinism to Christian existentialism is documented in his essays and seven novels, most fully in The Watch that Ends the Night.

Callaghan’s fourteen novels are marked by tensions in his theology of Catholic humanism, with his later novels defining his theological themes in increasingly secular terms. This tension between narrative and metanarrative has produced both the artistic strengths and the moral ambiguities that characterize his work.

Faith and Fiction: A Theological Critique of the Narrative Strategies of Hugh MacLennan and Morley Callaghan is a significant contribution to the relatively new field studying the relation between religion and literature in Canada.