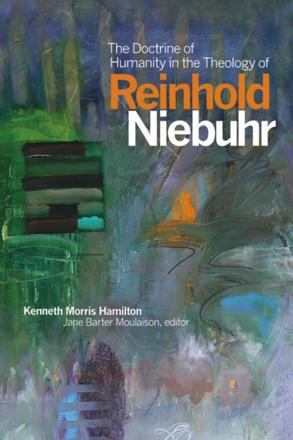 Reinhold Niebuhr was a twentieth-century American theologian who was known for his commentary on public affairs. One of his most influential ideas was the relating of his Christian faith to realism rather than idealism in foreign affairs. His perspective influenced many liberals and is enjoying a resurgence today; most recently Barack Obama has acknowledged Niebuhr’s importance to his own thinking.

In this book, Kenneth Hamilton makes a claim that no other work on Niebuhr has made—that Niebuhr’s chief and abiding preoccupation throughout his long career was the nature of humankind. Hamilton engages in a close reading of Niebuhr’s entire oeuvre through this lens. He argues that this preoccupation remained consistent throughout Niebuhr’s writings, and that through his doctrine of humankind one gets a full sense of Niebuhr the theologian. Hamilton exposes not only the internal consistency of Niebuhr’s project but also its aporia. Although Niebuhr’s influence perhaps peaked in the mid-twentieth century, enthusiasm for his approach to religion and politics has never waned from the North American public theology, and this work remains relevant today.

Although Hamilton wrote this thesis in the mid-1960s it is published here for the first time. Jane Barter Moulaison, in her editorial gloss and introduction, demonstrates the abiding significance of Hamilton’s work to the study of Niebuhr by bringing it into conversation with subsequent writings on Niebuhr, particularly as he is re-appropriated by twenty-first-century American theology.